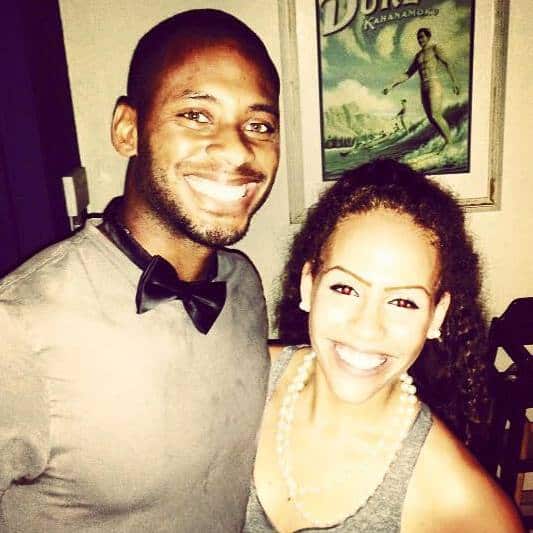 WE ARE SO THRILLED TO ANNOUNCE THE WINNING COUPLE OF OUR “WIN A WEDDING” GIVEAWAY: JADE & CUEME!

WE ARE SO THRILLED TO ANNOUNCE THE WINNING COUPLE OF OUR “WIN A WEDDING” GIVEAWAY: JADE & CUEME!

It was nearly a unanimous vote with the staff here at Celebrations! We started with a Top 3 and very quickly thereafter found our staff overwhelmingly voting for these two – Jade Webster and Cueme Parker.

It was Jade’s secret entry (she didn’t tell Cueme) that stole our hearts… in addition to the love story and beautifully written display of emotions, the unusual pledge to make his dream wedding come true is something not seen in every bride. Rightfully so, most of us are consumed by the excitement and fantasy of our special day. So much so, that this sweet adorable entry and plea to win for him was something that caught our attention.

On the day they were selected, Celebrations CEO Jo Anne Brown and wedding Planner Solange Alfaro gave the winning couple a call to break the news. The perfect end to a work day!

Watch us break the news on a call to Jade below:

So sweet! We weren’t exactly sure what to expect but anticipation filled the room until we broke the news and we were met with tears of joy, shaky voices of excitement and a sweet birthday surprise!

Jade & Cueme will be interviewed alongside Jo Anne Brown and Solange Alfaro at 9am on August 20th on Rooster Radio’s Crosstalk. Don’t miss it!

Congrats to a truly lovely and deserving couple!

Cueme and I met in high school in 2006 at a Key Club Meeting. I had just returned To Cayman from Scotland, after living there for two years following the disastrous Hurricane Ivan. Cueme went to Catholic School and I went to John Gray.

Just before the Key Club annual elections meeting started, Cueme happened to sit next to me. He said “hello” to my girlfriend, then quickly said “Who is your friend?”, “Jade”, she said. He then pointed to my lap, touching the watch I was wearing on my wrist and asked “Can I try it on?”. Being the shy, new girl in the room; I nodded and handed it to him.

For the next hour, he sat with my watch on, not saying anything, while we both just stared at the speaker at front of the room. So, believe it or not, that cheap, white watch began what is now, our hopeless romance and love story.

“Jade, would you like to be my valentine?”, he wrote to me on MSN Messenger. Never having really dated, well, anyone that counted, I asked my confidant and best friend – my mother – who said “go for it!”

March 11, 2007, marks the special day we became an official couple. Six months later, Cueme went off to Miami, The University of Miami for his undergraduate programme. Me, a senior at high school, never thought it would work. Days turned into weeks… weeks turn into months… many late night phone calls, text messages, and then finally he came home for Christmas!

The University of South Carolina was somewhat different from the University of Miami; it was larger, but far more laid back, quiet and definitely not where I wanted to be, as it was not with Cueme. We unfortunately fought and argued as we both enraged with jealously over long nights out, weekend keg parties and the occasional new friend. The distance, money and the time was all getting a bit too much for two young 18 year olds in this long distance relationship. We almost called it quits a few times…

Four years later and still hanging on, I transferred to the University of South Florida to finish my Bachelor’s degree and Cueme transferred with me to complete his Master’s degree. After doing the long distance thing for four long years, Cueme convinced me to move in with him and so I did. We then adopted a four legged friend who we named Thor, who managed to steal both of our hearts!

Three months into our new life together our differences drove me to the Cayman Airways counter for a trip back home for the weekend. It took one girls’ night out for me to realize it was okay to be different and this was something I could handle.

Upon my arrival back to Tampa, Cueme was standing outside the airport with flowers in hand and a huge smile on his face. That was the instant I knew he was the one.

With a total of three completed degrees, we both moved home and shortly after we were renting our first apartment at home; which made it even more ‘official’.

Seven years later and rent money out the door, we saved up and bought our first home together. It so happens that on move in day, I was off on an amazing adventure to China, where I was selected to participate in the Youth Olympic Games as a Young Reporter.

Cueme, my mum, my sister and Thor moved us in, one clothes hanger at a time. After my three week stint in China, I was surprised when I was handed my very own smiley face key, a newly painted house and some pizza and chicken wings, which had already been picked at.

So, we faced many challenges along the way with long distance, finding our feet, new jobs, family losses and money issues, but on December 31st at 3:00pm, Cueme Parker got down on one knee in the land of all things magical, Disney World and said “Jade Webster would you complete my fairy tale and marry me?”.

Through all of our challenges, Cueme Parker has remained my fairy-tale; he has been my partner, my support system, my occasional headache, but most importantly my best friend. It is not very often you find someone who supports you through a year-long job hunt at the age of 23 or sits in your mother’s house every Christmas while watch your grandmother fall asleep while he is trying to have a conversation with her. He deserves a wonderful wedding, he deserves to have the best day of his life, and he deserves to be happy. Most weddings are about the bride, but our wedding will be about his fairy-tale… whatever that may be.

2 thoughts on “WE ARE SO THRILLED TO ANNOUNCE THE WINNING COUPLE OF OUR “WIN A WEDDING” GIVEAWAY: JADE & CUEME!”