TURNING TO A GHOSTWRITER FOR A PERSONAL TOAST

Home/Birthdays, Events, Everyday Celebrations, Food/Drink, Weddings/TURNING TO A GHOSTWRITER FOR A PERSONAL TOAST

TURNING TO A GHOSTWRITER FOR A PERSONAL TOAST

When Tom Ruggiero was asked to offer a toast at the wedding of his friends Jessie and Ben last year, he panicked. A 32-year-old real estate lawyer in New York, Mr. Ruggiero was not accustomed to public speaking.

“I do transactional work,” he said. “Everything is over the phone.” Adding to his anxiety, the bride had been married when she fell in love with Ben, and Mr. Ruggiero didn’t know how to dance around that awkwardness.

“I couldn’t tell a cute story about how they met,” he said.

Then Mr. Ruggiero had an idea: Maybe he could hire someone to help script his remarks. “Just knowing the president has speechwriters, and others hire writers for P.R. or press reasons,” he said, “I thought I’d get a little creative.”

After a Google search turned up a company in Brooklyn called Oratory Laboratory, Mr. Ruggiero started working with a founder, Victoria Wellman. She sent him a detailed questionnaire (Q: “Some people like to meditate to relax, some people like to kickbox, what can Ben be found doing to calm the nerves?”), forwarded him a draft two weeks later for feedback, then met him in person to hone his delivery. 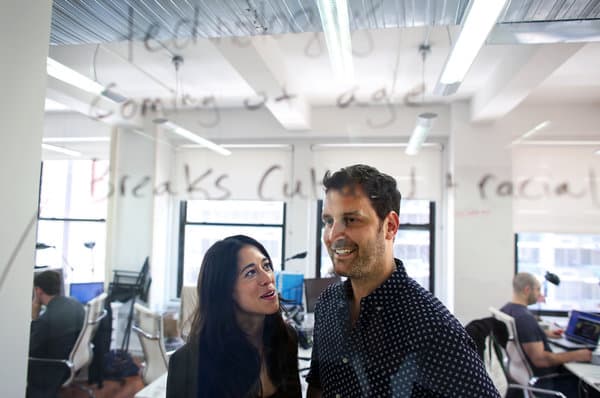 Victoria Wellman and Nathan Phillips have a ghostwriting business called the Oratory Laboratory.

Mr. Ruggiero was thrilled with the outcome. “She really went into what it means to love someone even though it might be a precarious situation,” he said. “People were talking about my speech the whole wedding.”

Mr. Ruggiero is one of a growing number of people who turn to ghostwriters to help them prepare speeches not for professional situations but for social and family ones: weddings, anniversaries, Sweet 16s, bar and bat mitzvahs, baby namings, even funerals.

Toast whisperers, as they may be called, are a popular if secretive breed. In recent years, active shops have popped up in Los Angeles, New York, San Francisco and Washington, generally charging $500 and up. (Mr. Ruggiero paid $1,000 because he officiated as well.)

At a time when everything is a branding opportunity, and toasts live on for posterity in social media, few people want to be memorialized “um”-ing, “you know”-ing” and “remember that time we got drunk”-ing their way into ignominy.

And yet: Nobody wants to admit he Botoxed his son’s bar mitzvah toast with some punch lines from an “Everybody Loves Raymond” writer. A result is a little-known under-the-table economy.

Lindsi Shine, a high-end lifestyle consultant in New York with over 400 clients, mostly celebrities, athletes and Wall Street executives, has a small stable of ghostwriters she sends tongue-tied 1 percenters to.

Most toasters, she said, would flunk such scrutiny. It’s that sentiment that led Ms. Wellman, a freelance writer, and her boyfriend at the time (now husband), Nathan Phillips, a former improv comedian who works in advertising, to set up shop in 2009.

“I come from the U.K., where social speeches really are pretty high caliber,” she said. “Nathan and I had been to all these weddings where people really needed help, and we thought we were in a unique position to do so. My husband says I’ve written more best-man speeches than anyone in the world.”

Her most unusual job, she recalls, was when a Ukrainian man in New York hired her to write up a narrative account of his marriage proposal. It began in the morning with the ring in his pocket, continued through dinner at Daniel, and culminated on the roof of the McKittrick Hotel, where Ms. Wellman was hiding in the bushes to witness the moment.

But the bulk of her 100 speeches a year involves weddings. Ms. Wellman believes anyone is capable of delivering a good speech, but most people use language that’s too bland and nonspecific. Her questionnaire is designed to generate details — lots of them. “If you say the groom’s favorite thing to do on a Saturday night is drink wine and watch sports, I want to know what wine he drinks, what sports he likes, and what’s so crazy about his devotion to the Steelers,” she said.

Another problem is that people put too much emphasis on funny stories and leave out genuine emotion. “We always say a speech should be about 70 percent humor, 30 percent sincerity,” Ms. Wellman said. “When you are sincere, when you truly break down how you feel about the person, people know it’s real.”

Angie Sommer and Alicia Ostarello are childhood friends who started their ghostwriting business, Vow Muse, in San Francisco in 2010. They, too, have done birthday parties, even a dating profile, but the majority of their clients are maids of honor or fathers of the bride. “Often the bride will say: ‘Hey, Dad, you need help. You’re going to this person,’ ” said Ms. Sommer, a structural engineer by day. “Dad wants to talk about how much the wedding cost, and the bride is, like: ‘No, no, no. Don’t say that!’ ” 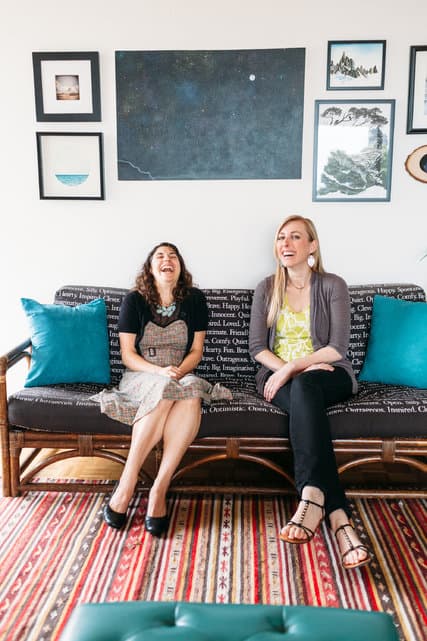 Alicia Ostarello, left, and Angie Sommer are writers and founders of Vow Muse.

ow Muse’s advice to dads and other rookie toasters is to resist the embarrassing story. It’s a toast, not a roast. “I was at a wedding recently, and this guy was telling a story about the groom throwing up in a toilet in Malaysia,” said Ms. Ostarello, who’s a freelance writer. “And you’re sitting there thinking, ‘Really, dude?’ ”

Ms. Ostarello and Ms. Sommer also use questions and face-to-face meetings in an effort to capture the voice of the speaker, but even that approach can’t avoid certain problems. What happens, for example, if the person giving the toast doesn’t like the person marrying her closest confidante?

“One question we ask to get around that,” Ms. Ostarello said, “is, ‘Why is the groom lucky to be marrying your friend?’ In that case, you’re still talking about the person you don’t like, but you’re bringing it back to the one you do like.”

Many of the challenges toast whisperers face with brides and grooms are even more pronounced when the center of attention is a teenager. Wendy Shanker is a humor writer who specializes in scripts for big charity events and award shows. A few years ago, her clients started asking her to help with personal speeches, so she started what’s become a vibrant side business focused largely on bar and bat mitzvahs.

I’ve been a communications coach for 30 years now and have helped many client with toasts, eulogies and the like. I will offer direction and…

If we don’t feel embarrassed offering pre-written gift cards to our loved ones, then I don’t see why we should be embarrassed getting help…

“A lot of what my clients face is public speaking anxiety, which 99 out of 100 people have,” she said. “But because it’s a religious event there’s an added factor — ‘Oh, I have to talk about the sacrifice of Isaac’ — people want to sound knowledgeable.”

Much of her work focuses on organization and censorship, she said. She strongly encourages her clients to avoid the temptation to tell endearing stories that they think are cute but the child will find mortifying. This includes potty training, accidents or that kid who was mean to your darling in school.

“You have to remember these are huge challenges that you as a parent found satisfying to navigate but your teenage child wants never to think about them again,” Ms. Shanker said. “Be sensitive. Don’t mention the first kiss!”

Also, most clients go on too long, she said. “I guarantee you will never err on the side of people saying, ‘I wish they would have stayed up there for longer,’ ” Ms. Shanker said. “This is consistent for a baby naming or an Academy Award speech. If you’re Ellen DeGeneres, more please. If you are just a regular person, there’s very little you can say in 10 minutes that you couldn’t say better in five.”

One issue that all ghostwriters seem to face is that most of their clients are embarrassed to be using them. “Some people call us and say, ‘I don’t want people to know that I’m using you,’ ” Ms. Ostarello said. “Or they have their secretary call. It does make it harder to get reviews for our website, because no one wants to come out and admit they hired us.”

So are these clients right to be sheepish about engaging their own private Cyrano? Is what they’re doing cheating?

Ms. Sommer, of Vow Muse, says no. “You don’t sew your own dress,” she said. “You don’t bake your own cake. But those things are considered O.K. to ask for help with because they’re less personal. For some reason, speaking has always been something you’re not supposed to ask assistance for, even though it makes it better.”

Ms. Shanker agrees, but she sees her role as fitting in with the times. “When I tell people what I do, they’re horrified and appalled,” she said. “But the reason business is booming right now is that the second the bar mitzvah is over, it’s getting posted on YouTube. What you say is going to live a lot longer than the centerpieces and the goody bag.” And what better way to spend your money, she said, than making sure you say the right thing to the people who matter most in your life.

“You’re going to spend it on Ketel One vodka instead?” she added.

Mr. Ruggiero, for his part, did feel guilty at first for hiring a professional scribe. “I wanted my remarks to come from me,” he said. “But given the gravity of the situation, how many people were there, and how what I was saying was being videotaped, I decided I better do it professionally.”

And would he do it again? “I would use Victoria for anything of this nature,” said Mr. Ruggiero, who’s single with a girlfriend, “and that would include my own wedding.”

Ghosts, it seems, have invaded our parties, and they appear to be here to stay.

– By Bruce Feiler of the New York Times