THUMBS UP TO ANOTHER SUCCESSFUL CAYFILM FESTIVAL

THUMBS UP TO ANOTHER SUCCESSFUL CAYFILM FESTIVAL

Movie lovers  from here and abroad once again converged onto the red carpet for the annual CayFilm Festival. With 200-plus films screened from more than 50 countries,  35 local film submissions, the young Festival is already showing incredible growth. In attendance for this year’s http://www.cayfilm.com/CayFilm Festival are  Zoe Saldana, Anthony Mackie,Victor Rasuk, Gary Luchessi and Robert Watts. Spearheaded by intrepid couple, Tony and Jennifer Mark, CayFilm Festival seeks to  promote and celebrate the Cayman islands as a world-class filming destination. It has also given local filmmakers an opportunity to learn from Hollywood  professionals and a provided an avenue for them to showcase their work. 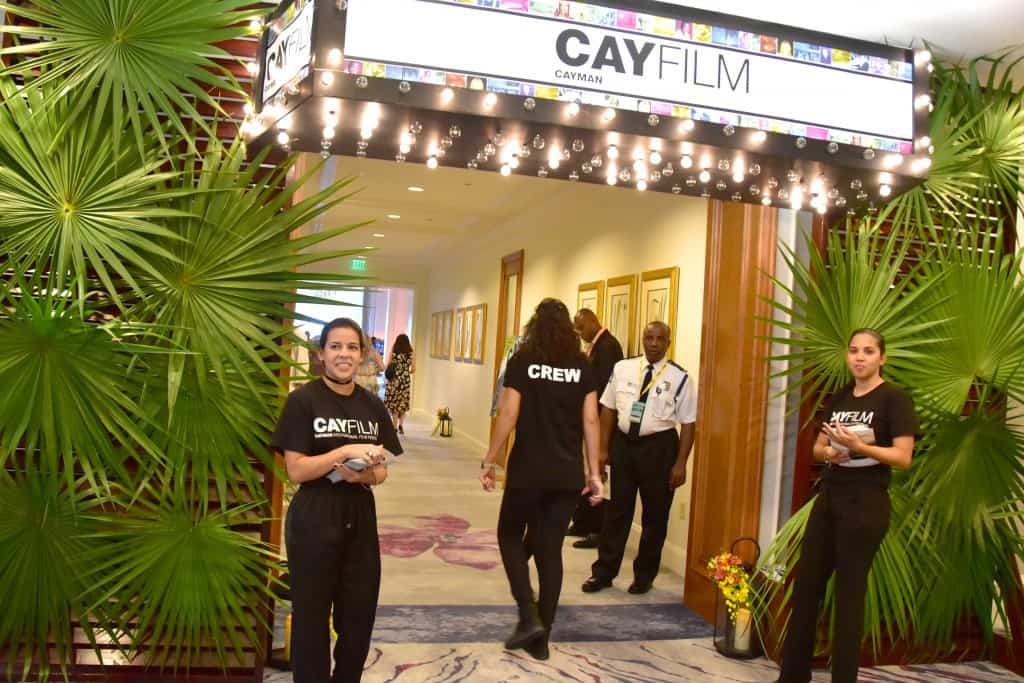 What made this year’s Film Festival extra special is the 10th anniversary presentation of the director’s cut version of  Haven – a feature film shot in the Cayman Islands,  written and directed by a very talented Caymanian film maker, Frank Flowers Jr. Among its cast is Orlando Bloom, Zoe Saldana, Bill Paxton, Victor Rasuk and Anthony Mackie. VIP guests were treated to an open panel were Saldana, Rasuk, Mackie and Flowers regaled them with behind the scenes stories during the filming 10 years ago. 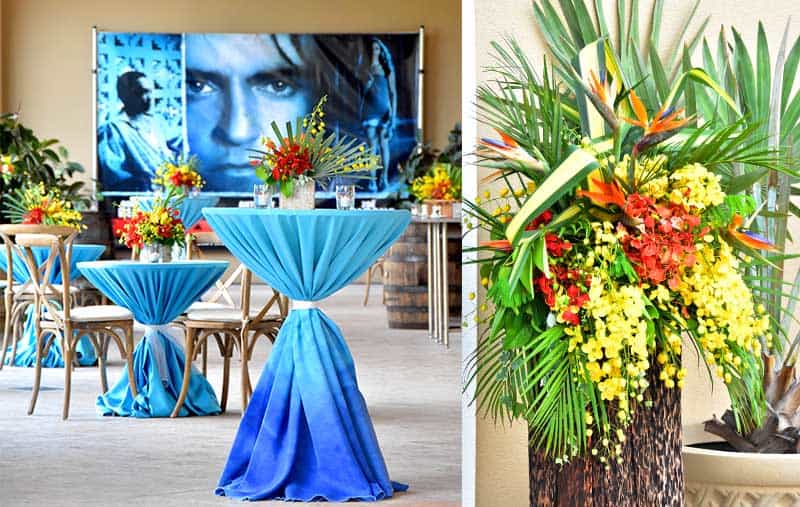 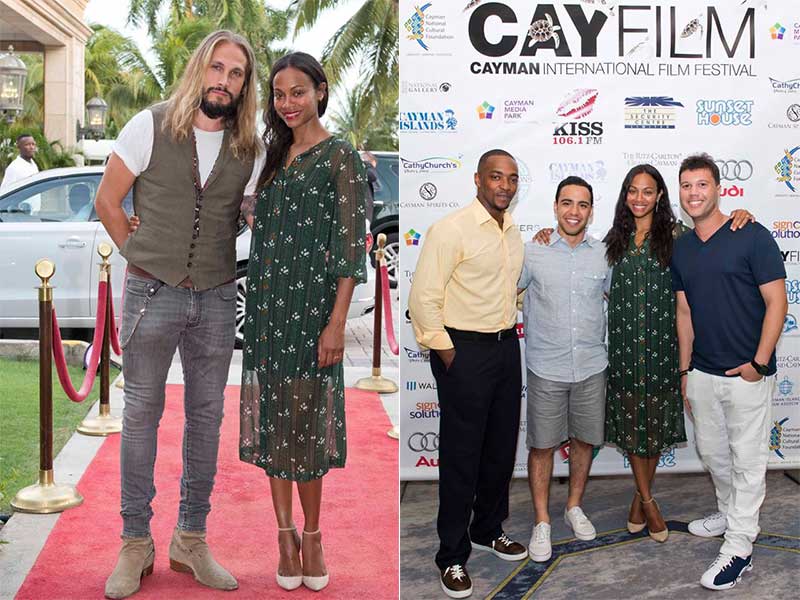 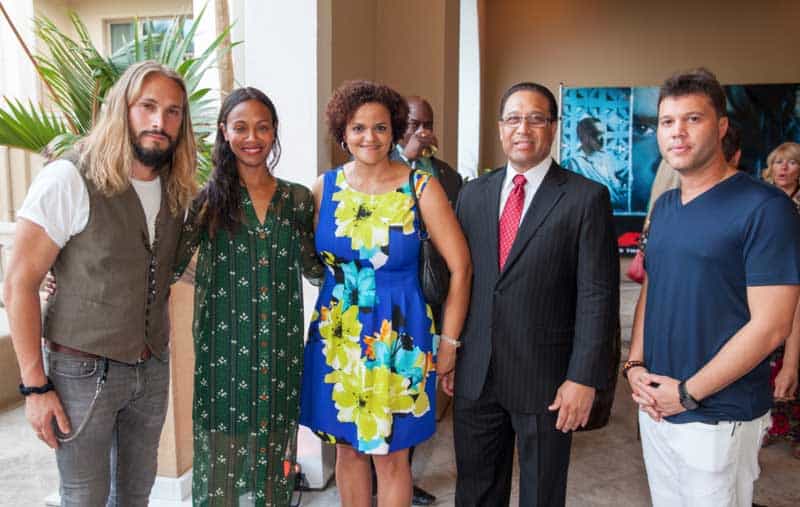 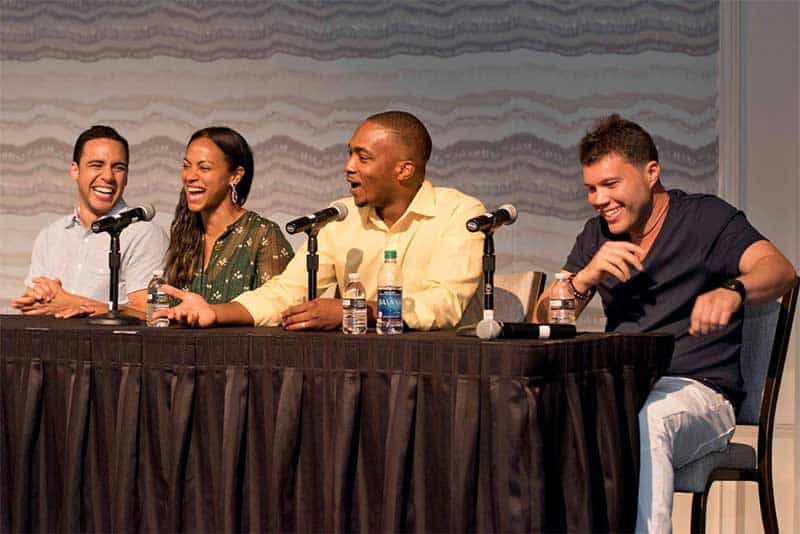 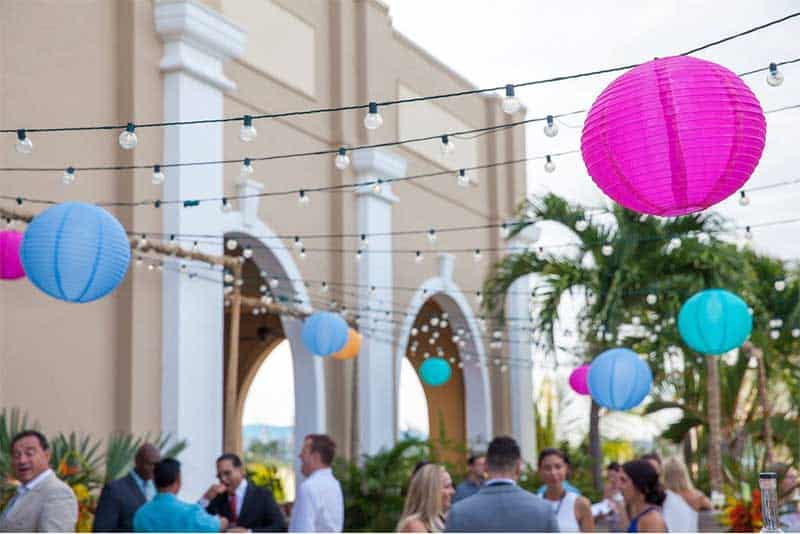 The days that ensued the opening was jampacked with international films shown in different locations, from short films to feature films and documentaries. Panels that were hosted by movie professionals such as sound editing, prop making and acting were also hosted and fully enjoyed by everyone in attendance.

For the awards night, CayFilm brought in the big guns, and by that we mean, Starwars! 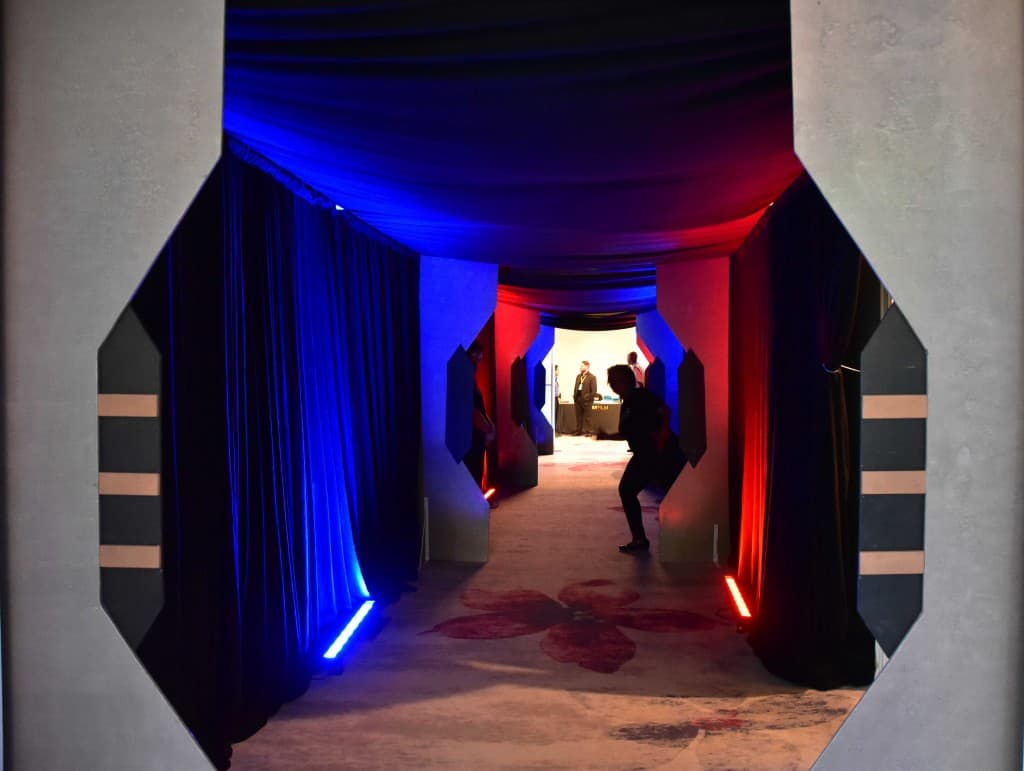 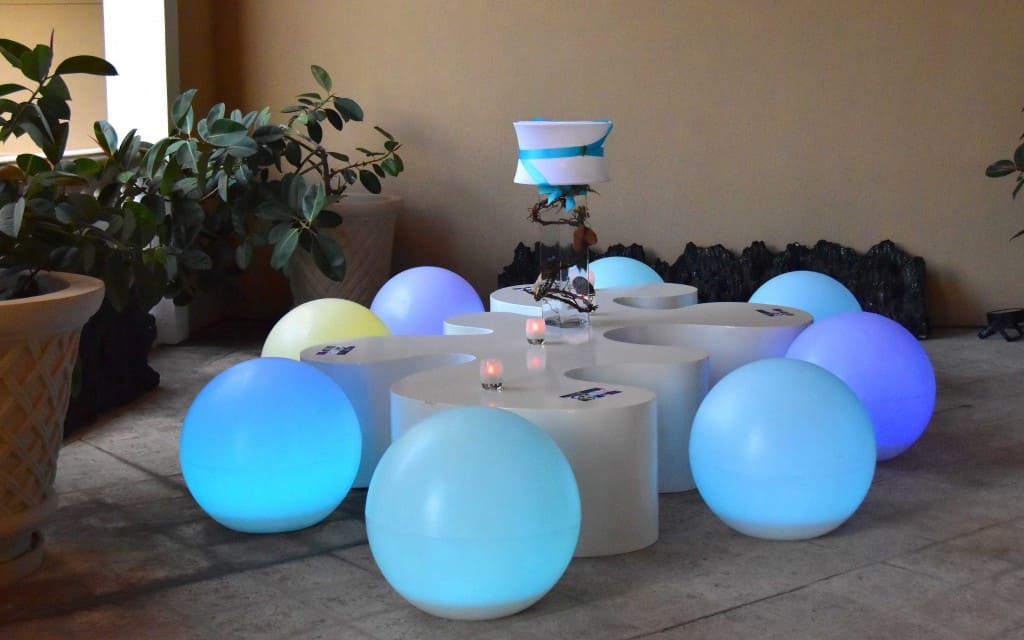 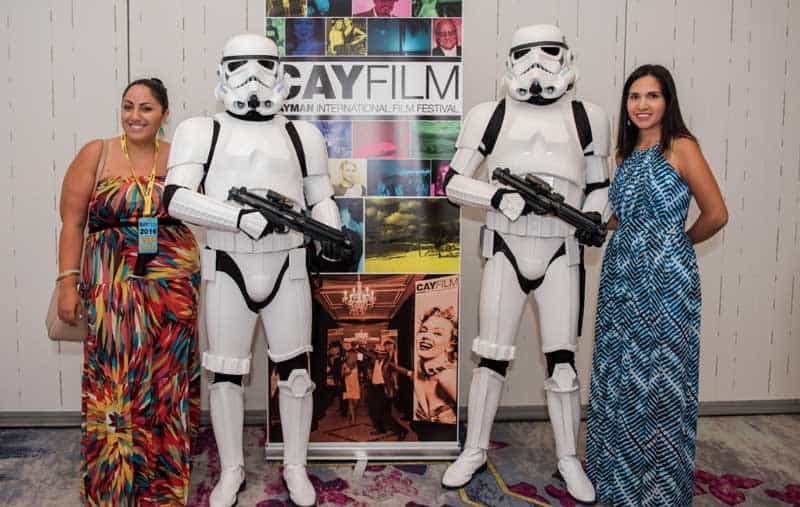 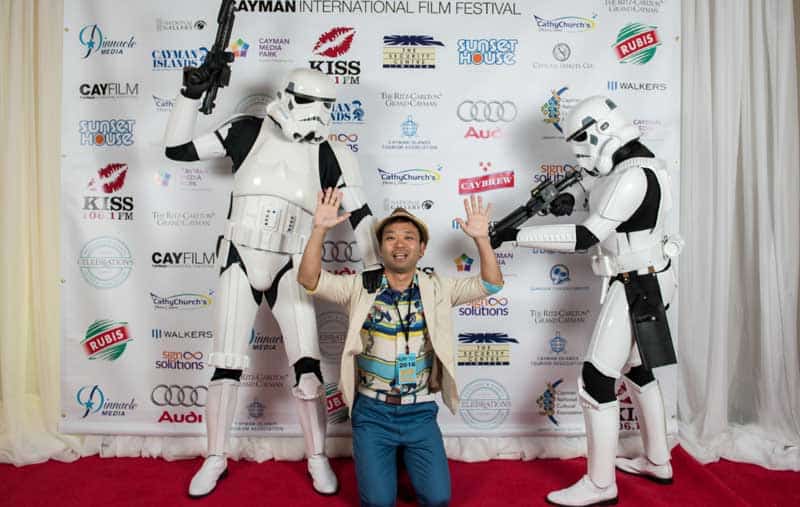 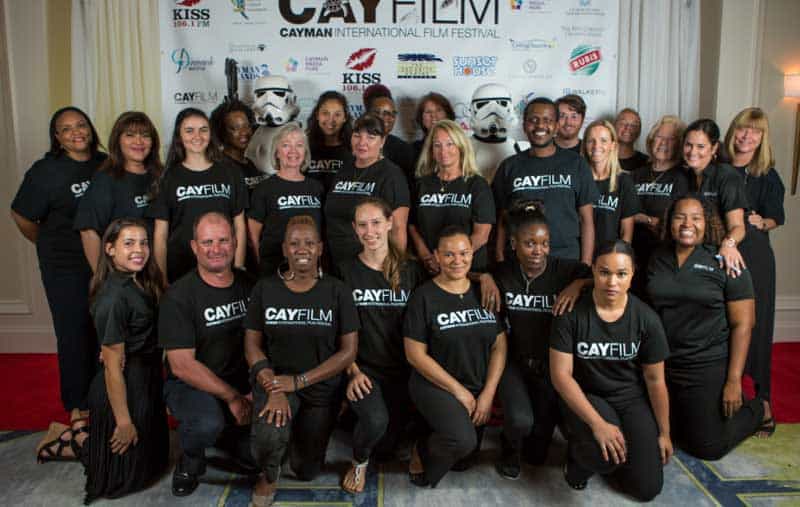 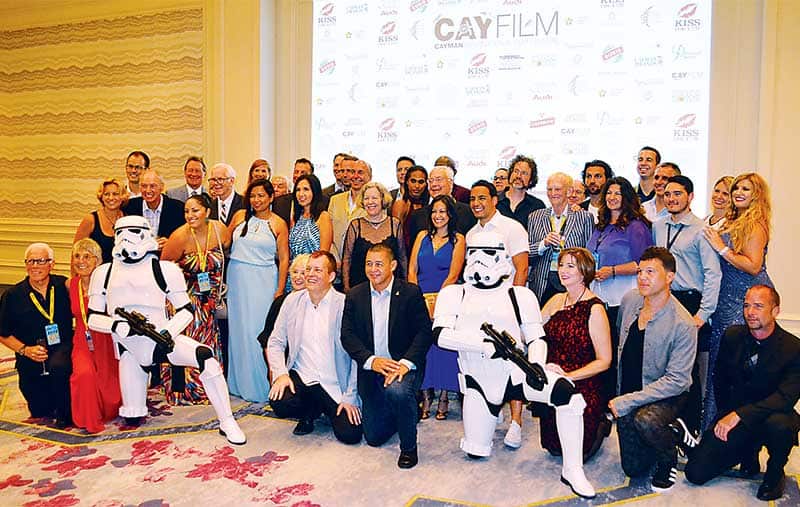 It has been another successful CayFilm Festival and Celebrations is so proud to the partner sponsor for all the decor elements of CayFilm.