Now this is how you do a wedding, you guys.

The Sultan of Brunei‘s youngest son, Prince Abdul Malik, married his 22-year-old data analyst girlfriend, Dayangku Raabi’atul ‘Adawiyyah Pengiran Haji Bolkiah, today in what is quite possibly the most lavish ceremony the world has ever seen—for real.

Sultan Hassanal Bolkiah and his wife, Queen Saleha, were both on hand to celebrate the union of their son, who is second in line to become the next Sultan.

Both the bride and groom were decked out to the nines in custom gold couture, dripping with endless diamond-and-ruby encrusted accessories to boot.

The prince’s new wife wore a massive emerald headpiece for her special day, and opted to hold a bouquet made up entirely of gems, because real flowers wouldn’t have really matched with the rest of the décor, you know?

And that wasn’t the only thing turning heads at the elaborate ceremony, the bride’s jewel-encrusted Christian Louboutin heels were quite a hit with fellow guests.

According to The Brunei Times, there were seven Malaysian state rulers in attendance as well as a governor of Saudi Arabia.

Prince Malik’s massive celebration wasn’t the only thing on the wedding itinerary either. The festivities began on April 5 and are expected to carry on for 11 days total.

The Sultan has 12 children (five sons and seven daughters) from three marriages. Prince Malik is the Sultan’s sixth child with his current wife, whom he wed back in 1965.

The lavish display of wealth is possibly the most opulent wedding of all time. We’ll just assume our invitation got lost in the mail!

Check out the photos below! 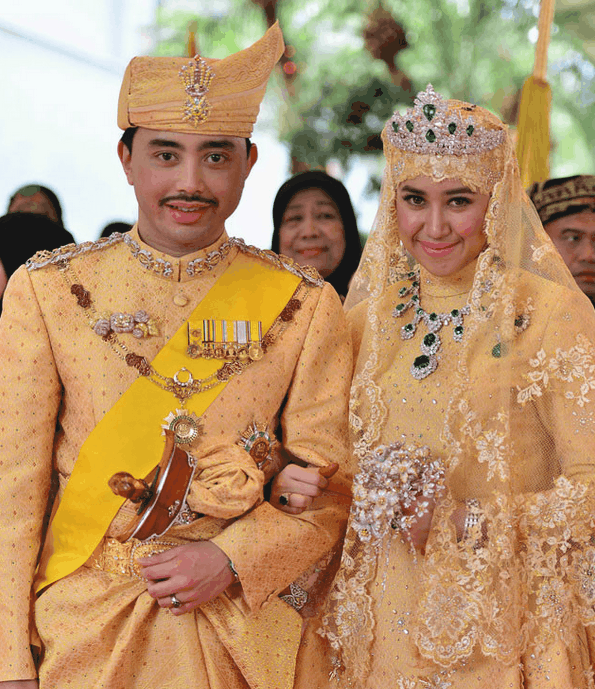 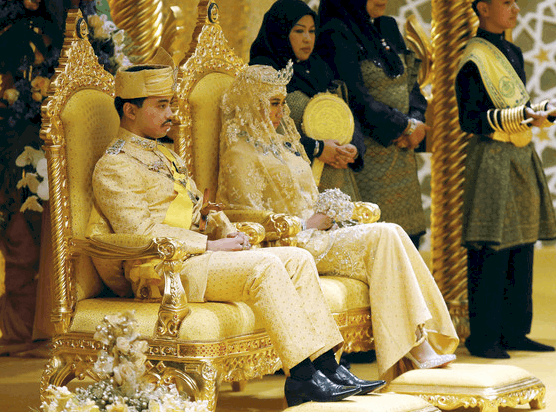 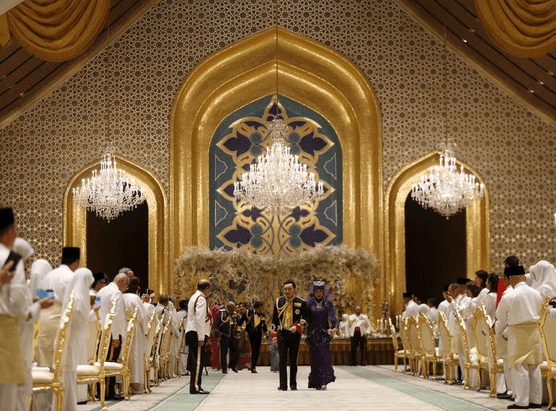 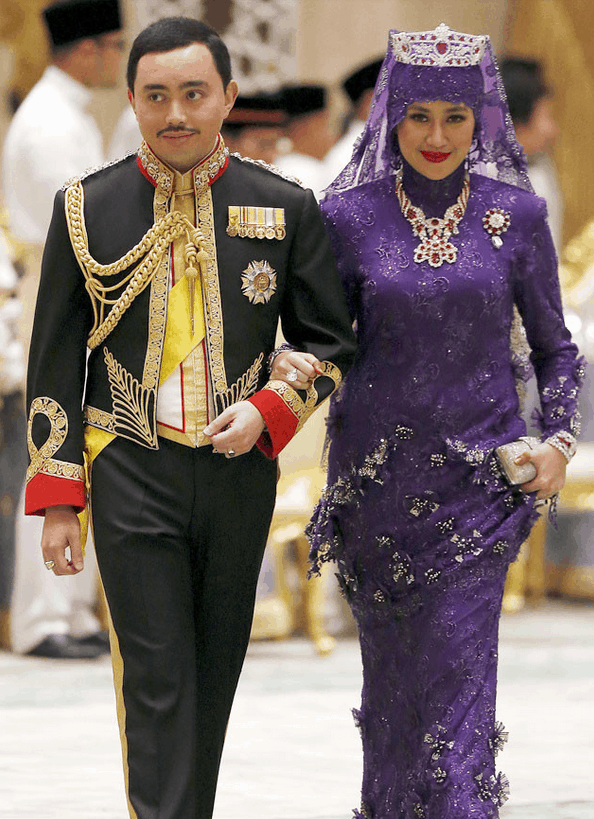 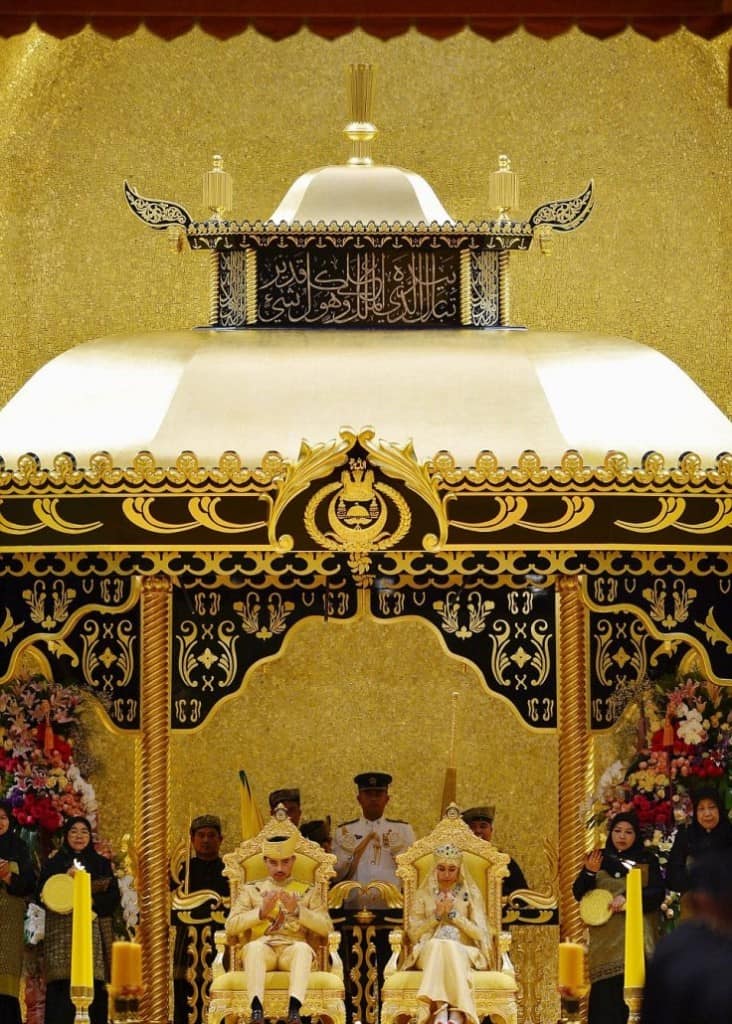