Want to have your wedding in the Caribbean but fear that a traditional Jewish wedding will be difficult to orchestrate? Have no fear! Celebrations Ltd. is a Wedding & Events company with its own design, décor, linen, production and floral departments based in the Cayman Islands with expertise in producing both
traditional and non-traditional weddings of varying cultures.
Celebrations Ltd. has produced hundreds of Jewish Weddings in the Cayman islands – with local rabbis at your service.
Celebrations also partners with only the BEST on the islands to organize all aspects of your wedding for you, including:
Entertainment (Bands, DJs, Performers, etc.), transportation, Caterers & Cake Designers, Photographer/Aerial/Cinematography, Hair & Makeup, Invitations &
Stationary, Favors, etc.
Contact us now for more info!

A traditional Jewish wedding begins with a groom’s tish, Yiddish for table. The groom attempts to present a lecture on the week’s Torah portion, while his male friends and family heckle and interrupt him. Meanwhile, the bride is entertained in another room by her female friends and family. Bride and groom may lead thetish together in Conservative and Reform congregations. The tish is not supposed
to be serious — rather, it should be humorous and fun. It’s a great way to introduce yourselves and set the tone for your wedding.

In Orthodox communities, after the tish the ketubah (Jewish marriage contract)
is signed by the groom, the rabbi, and two male witnesses. In Reform and Conservative congregations, the bride may also sign the ketubah. Despite its testimony that the groom has “acquired” the bride, the ketubah is all about the
bride’s rights and her willingness to take part in the marriage. In fact, the ketubah belongs solely to the bride and is hers to keep as proof of her rights and the groom’s responsibilities to her under Jewish law.
The B’deken

The first time a Bride and Groom see each other in an Orthodox Jewish wedding is during the b’deken, or veiling of the bride. In other religions, it could be at the “First Look” in cases where photo’s need to be taken before the Ceremony. Both fathers and all the men lead the groom to the bride’s room, where both mothers and all the women surround her. The groom lowers the veil over her face, setting her apart from everyone else and indicating that he is solely interested in her
inner beauty.

The chuppah, or wedding canopy, dates back to the tent-dwelling Jewish nomadic days in the desert. Historically, Jewish wedding ceremonies were held outdoors, and the chuppah created an intimate, sanctified space. The canopy offers one of the best opportunities to personalize your ceremony. Since there are no formal requirements for its size, shape, or appearance, you can make your
own chuppah.

When the couple first enters the chuppah, the bride circles the groom seven times, representing the seven wedding blessings and seven days of creation, and demonstrating that the groom is the center of her world. To make the ancient ritual reciprocal, many couples opt to circle each other.

The kiddushin (betrothal ceremony) takes place under the huppah. It begins with greetings, a blessing over the wine, and a sip taken by the bride and groom. Next come the rings: The groom recites an ancient Aramaic phrase as he places the wedding band on his bride’s right index finger — the finger believed to be directly connected to the heart. In a double-ring ceremony (not permitted in some Orthodox weddings) the bride also places a ring on the grooms index finger while repeating a feminine form of the Aramaic phrase, or a biblical verse from Hosea or Song of Songs. The ketubah is then read aloud in English and Aramaic.

The sheva b’rachot, or seven blessings, consist of praise for God, a prayer for
peace in Jerusalem, and good wishes for the couple. In Sephardic weddings, before the sheva b’rachot are recited, the parents wrap the couple in a tallis, literally binding them together. The rabbi doesn’t have to say all seven blessings. You can honor special guests by asking them to read — or even sing — some of the blessings.

Breaking of The Glass

Nothing says “Jewish wedding” more than the sound of breaking glass. But what’s the point? Depending on whom you ask, the breaking of the wineglass is, among other things: a symbol of the destruction of the Temple in Jerusalem; a representation of the fragility of human relationships; and a reminder that marriage changes the lives of individuals forever. It’s also the official signal to shout, “Mazel Tov!” and start partying. There’s no law putting the man’s foot to the task. If you’re game, bride and groom can break the glass together with one swift kick.

In a day filled with excitement, the yihud — or “seclusion” — is a standout ritual that lets you focus on the days true purpose: your new partnership. Immediately after the ceremony, Bride and Groom retreat to a private room for about 15 minutes of personal time. No in-laws, no seating charts, no photographer. Just you and your new spouse staring into each other’s eyes. In the olden days, bride
and groom would retreat to a nearby tent for a little undercover action (lol). This isn’t done much these days, but it’s customary for newlyweds to seize the yihud moment and feed each other a bite or two of their first meal together. 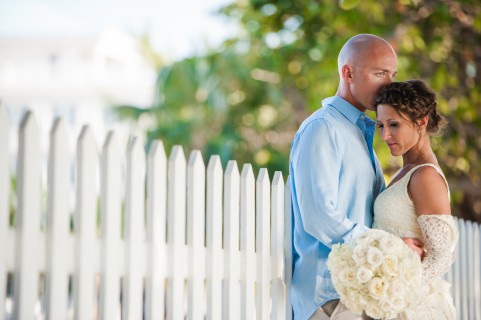 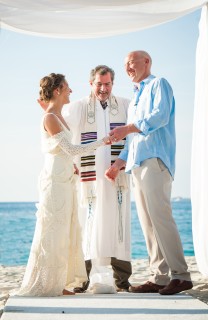 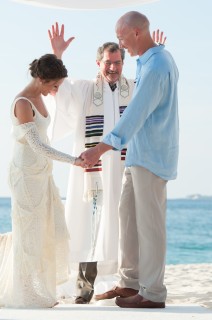 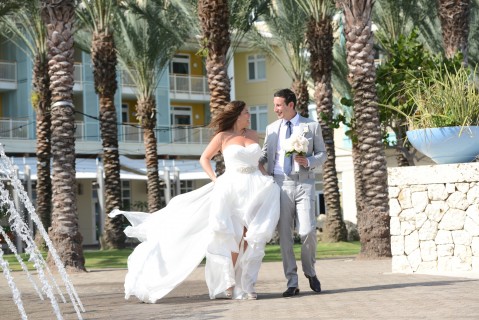 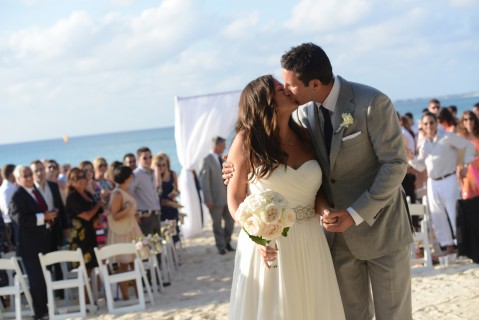 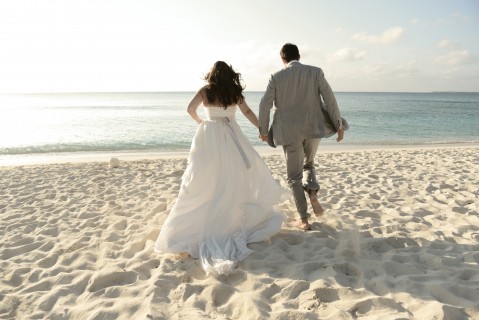