You’d often hear us say : ” WE LOVE WEDDINGS” and it’s pretty obvious too. In fact, we just don’t LOVE weddings, we are passionate about it. We live, eat and breath weddings. But what do we really know about its history and how it has evolved over the years?

The origin of weddings dates back to the Victorian era back when women married in their late teens and early 20s. They had little education, world experience and no means of income. They lived in their father’s house until they got married. They rarely left their hometowns and spent their days looking after the home and attending local social events. Weddings were hosted and mostly funded by the father of the bride, and were a sign of the family social status. The details of the wedding and guest list were determined by parents. There were not many options in terms of styling and a wedding “etiquette” was followed by the parents. 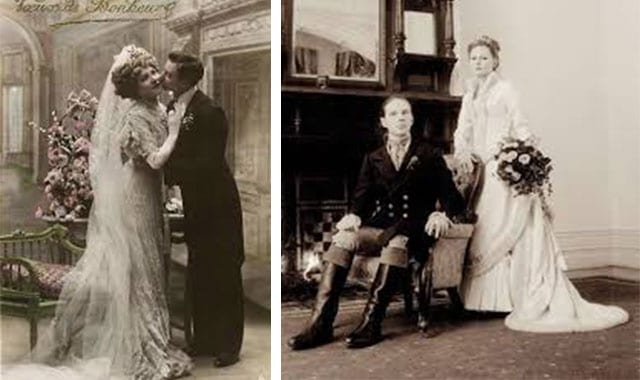 Today, modern society has changed dramatically. Individualism and independence are  celebrated in modern society. Women are well-educated, independent and earning enough money to support themselves. They are more career-focused and marrying much later in life. Women are often not living at home when they get engaged, and their lives are quite separate from their parents. Some are already living with their partners, and some are divorced and marrying for the second time. Choices abound for wedding dresses, to florists, to caterers, venues and everything else that has to do with weddings and honeymoons. It is completely acceptable in modern times for the bride and groom to host their own wedding and have complete control over all the details. 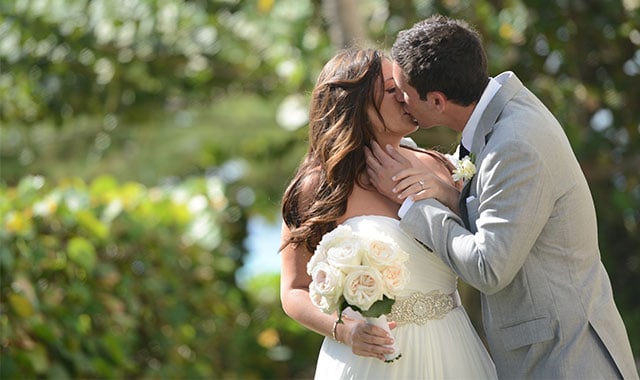 Another major change to modern weddings has occurred due to the increase and acceptance of second marriages in modern society. A generation or two ago, being divorced was considered to be  shameful, with the result that second weddings were expected to be held in private with minimal fanfare. These days, second marriages are often just as large as first weddings. The parents of the  bride are not expected to pay for any expenses of the second wedding. However few points of traditional weddings still apply: A bride should not wear a veil if it is her second time down the aisle; showers are reserved for first time brides and no one is required to give a wedding gift to the same bride or groom or twice. (Note: look out for our full blog post on Wedding Etiquette!)

1. Why does the bride stand on the left side and the groom on the right? Back in the days, The bride stands to the left so the groom has his sword-hand (right hand) free to fend off other suitors. This tradition is still practised minus the sword of course, well not unless you are having a themed wedding and you are dressed as a pirate. 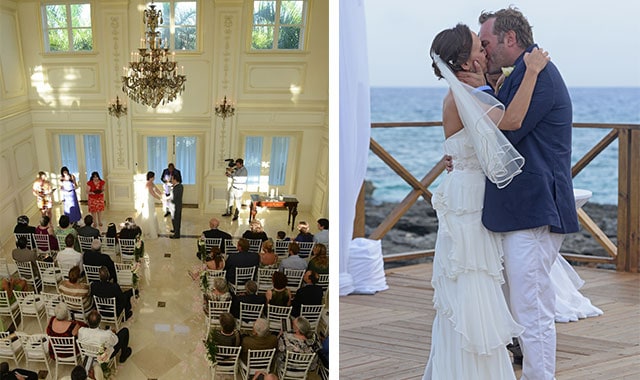 2. The best man’s duty before was to capture the bride and fend-off rescuing relatives. Nowadays, his job is so much easier and so much more fun — to protect the ring and throw an awesome stag party! 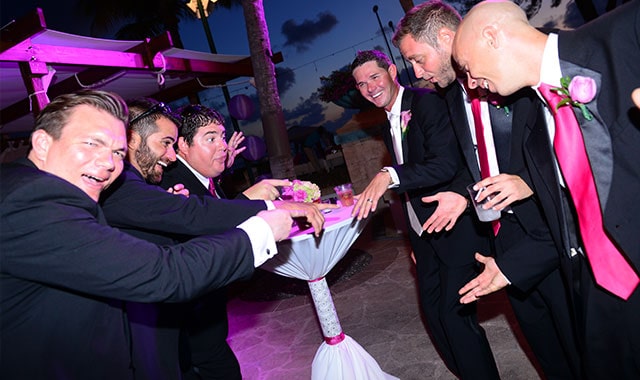 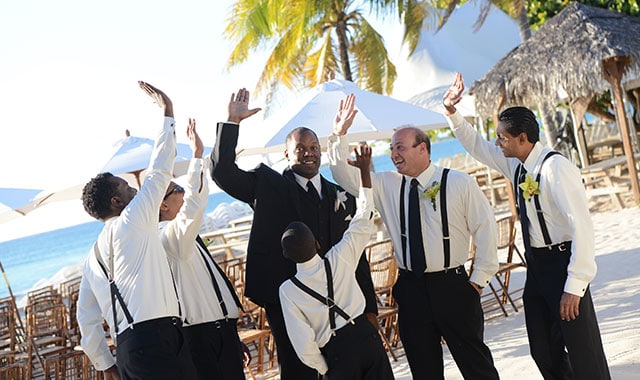 3. The Egyptians started throwing rice or grains at newlyweds to symbolize fertility. This is still very much a common tradition and in fact, couples are now more innovative by using ribbons, confetti, balloons, bubbles…anything, well except the kitchen sink, we hope! The use of these items make for a great photo op when the couple walks down the aisle as newlyweds. 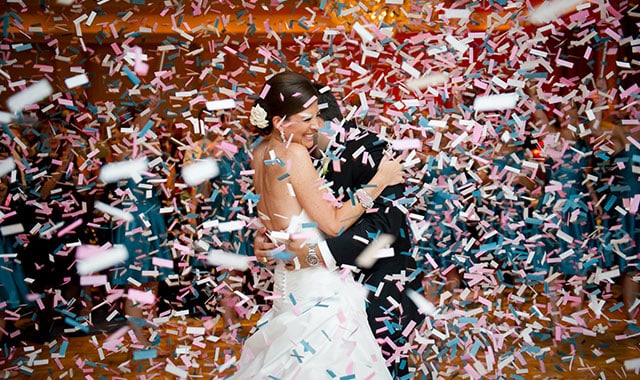 4. The ancient Romans chose to use the 3rd finger to put the ring, they believed that it was the finger that was connected directly to the heart. There was even a time that the tradition differed from left to right hand. Thankfully, Edward VI mandated that the ring should go to the left. Nowadays, we still see a few who still get confused as to whether it’s left or right, we blame it on the nerves. 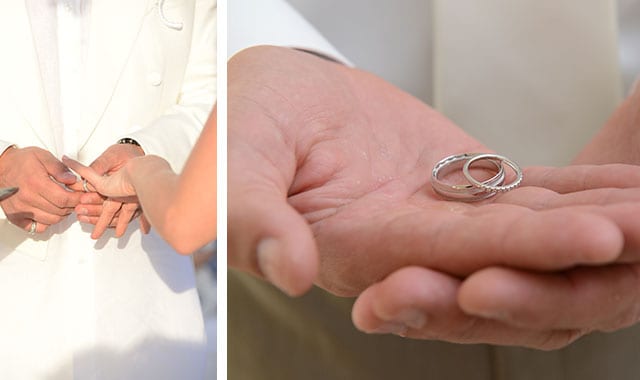 5. Wedding cakes. This was only a tradition that was followed by mostly the affluent set of older times. Grooms have their own cake. Today, this tradition is still very much a part of wedding celebrations but it has also evolved from the typical lavish, multi-layered cakes to simple, one tiered ones to cupcakes and even French macarons! Drool worthy! 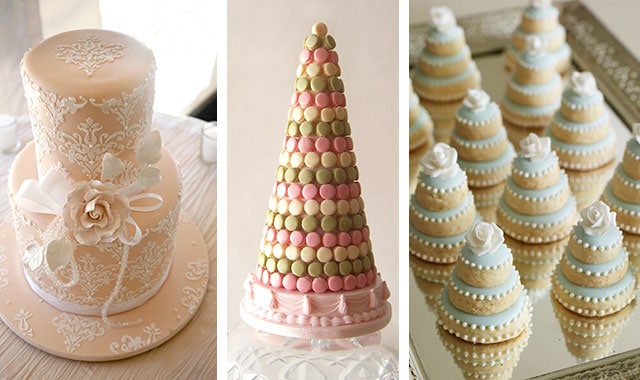 6. Flowers. Before, it was the bridesmaid’s duty to create the bridal bouquet, while nowadays, talented florists are hired to create their bouquet. In the older times, garlic was included to ward off evil spirits, sage for wisdom, dill for lust. Now, we see (and love) variations in the bridal bouquets, from diamante embellishments, to antique lace, to paper or fabric flowers. Bridesmaid’s are also given the fun job of planning the bridal shower, bachelorette or hen party. 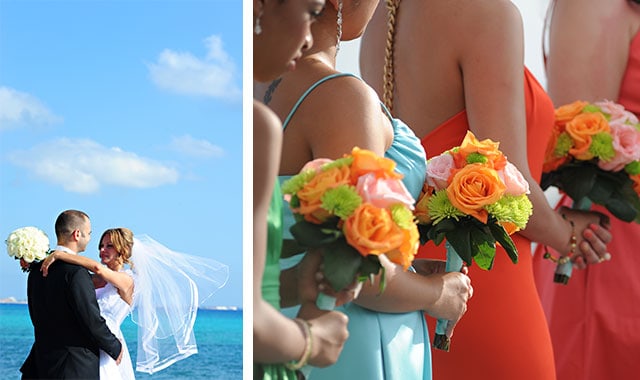 7. The father of the bride has long been expected to pay for all the wedding expenses. In Elizabethan times, however, a bride helped pay for her wedding by selling ale in the village. What a revolutionary!

Today, most people believe the couple should pay for their own wedding, especially if they have lived on their own for some time. Of course, parents often want to pitch in. Contributions should be negotiated according to willingness and ability, but the traditional divisions will offer some more guidance. 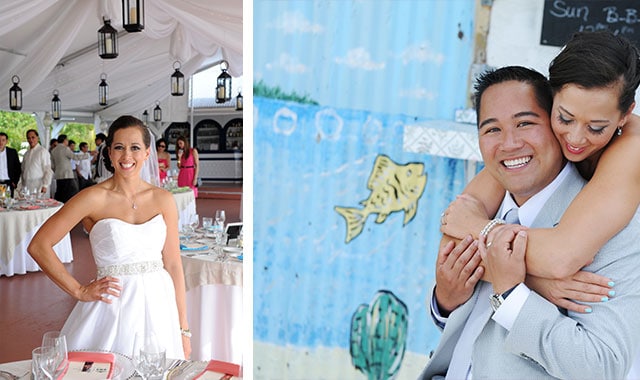 8. White Dress. Why? Queen Victoria started this wedding tradition for brides back in 1840 and it is still very much a popular choice for brides. White is a color that will compliment any bride and is also a symbol of innocence and purity. We do come across brides who choose to wear something else besides the traditional white. We say, why not! 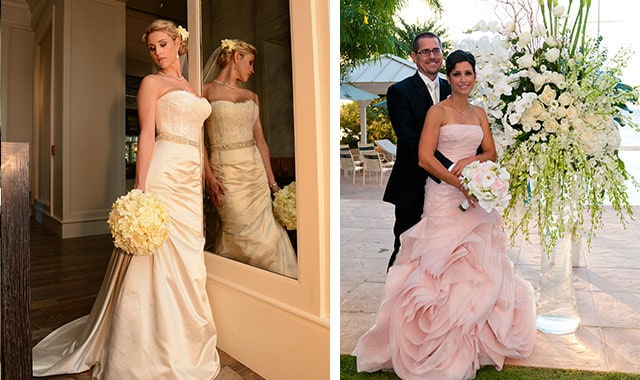 9. Diamonds. They say it is a girl’s best friend and we can’t agree more. This also stemmed from the Italians ages ago, who thought that diamonds is forged from fire. Not long before, thanks to the brilliant mind of Frank Gerety, who came up with the tagline ” Diamonds are Forever” that this precious rock has become a staple in weddings and engagements. 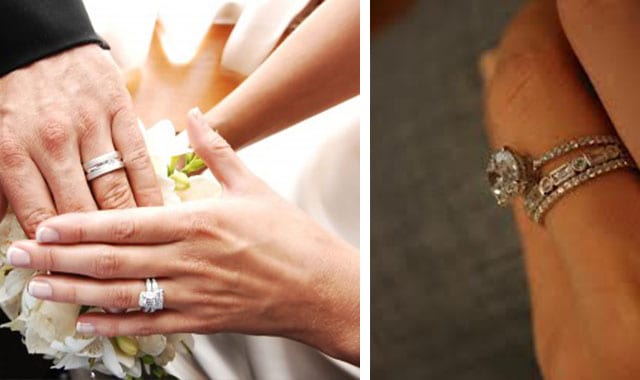 10. Venue. Before, weddings were typically held in a family’s home. Now, I Do’s can be exchanged practically anywhere! It can be at a home, a hotel, a park, a beach or even underwater. We’ve heard that there are a few couples who even want to get married in outer space! Crazy, but Richard Branson of Virgin Atlantic is saying it’s possible! For now, we highly encourage you to know the merits of destination weddings in Cayman. We admit, we’re biased, but we do make a pretty good case of why Cayman is the best destination for a wedding away from home! Read all about it here. 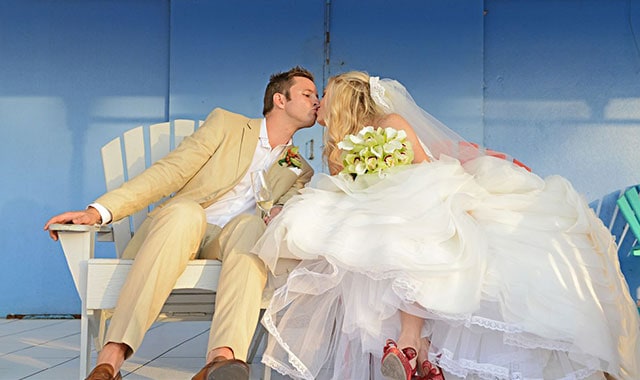 Here’s a fun infographics we found in Huffington Post  about the brief history of Weddings.

Weddings have indeed come a long way from the old times when the bride’s family had to pay a dowry and swords part of the groom’s attire were the accepted norms. Now, a lot of these traditions have evolved and are acceptable to modern day culture. What remains constant though is that wedding from yesteryears and modern times is a celebration, one that we are very much in love with!