CayFilm Opening Night Gala – Designed & Produced by Celebrations Ltd. – was an absolute smash hit! Everyone was in love with the concept that Creative Director & Celebrations Design Team had put together. From modern geometric furnishings and lighting to tropical accents by way of greenery while old Hollywood classics were silently projected over the audience of attendees in Camana Bay’s Gardenia Court – the night was magically painted perfect by the Celebrations Team.

It was a truly fantastic event — and to top it off, we’re proud to show off our very own Garfield from the Production Team on the front page of the Cayman Compass the next morning, rolling out the red carpet. 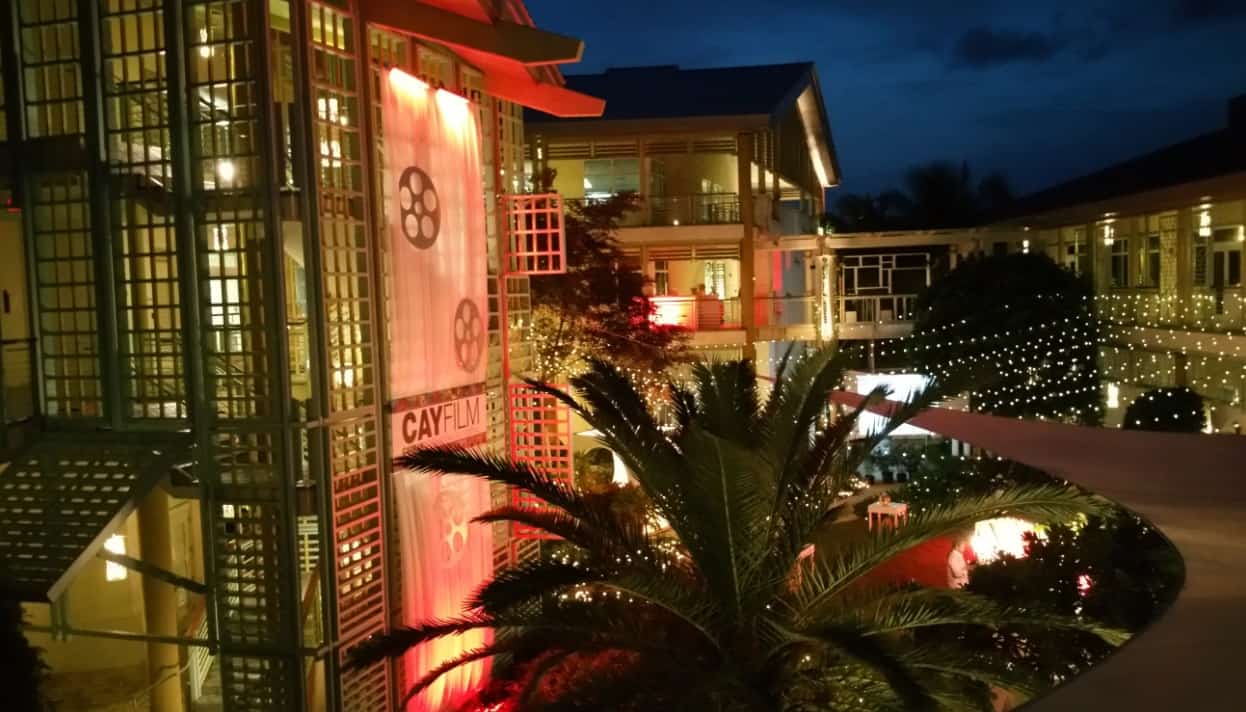 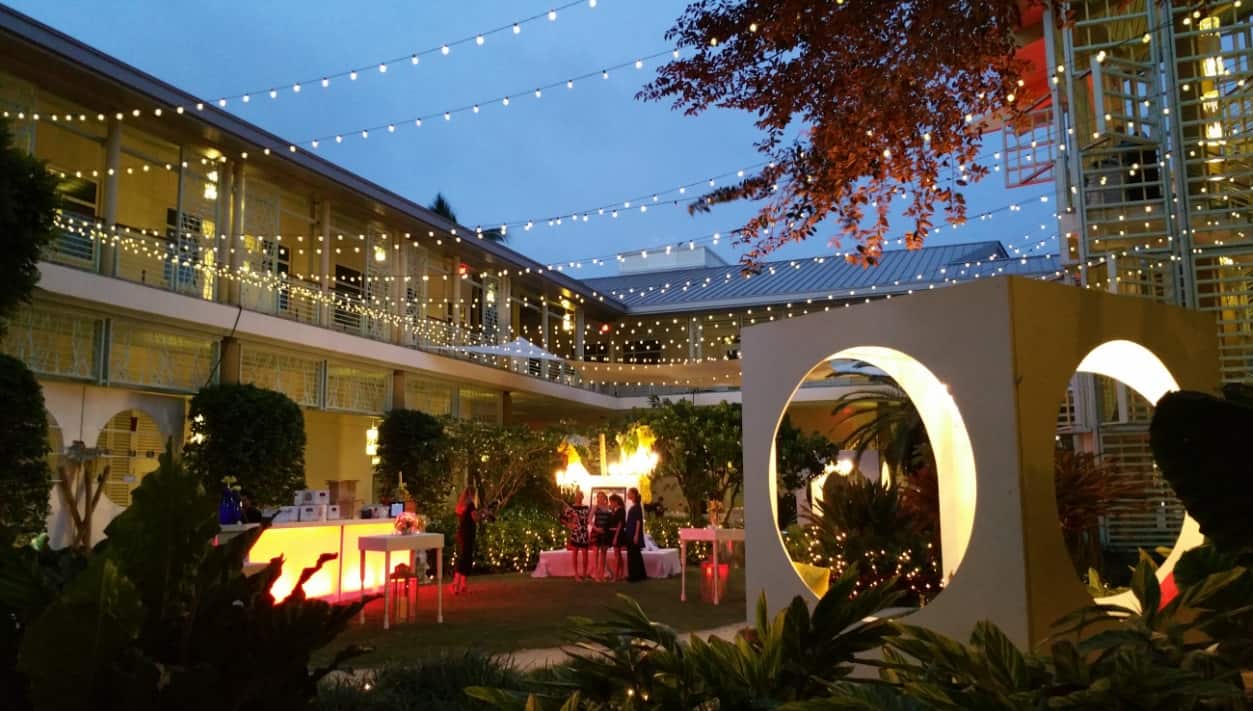 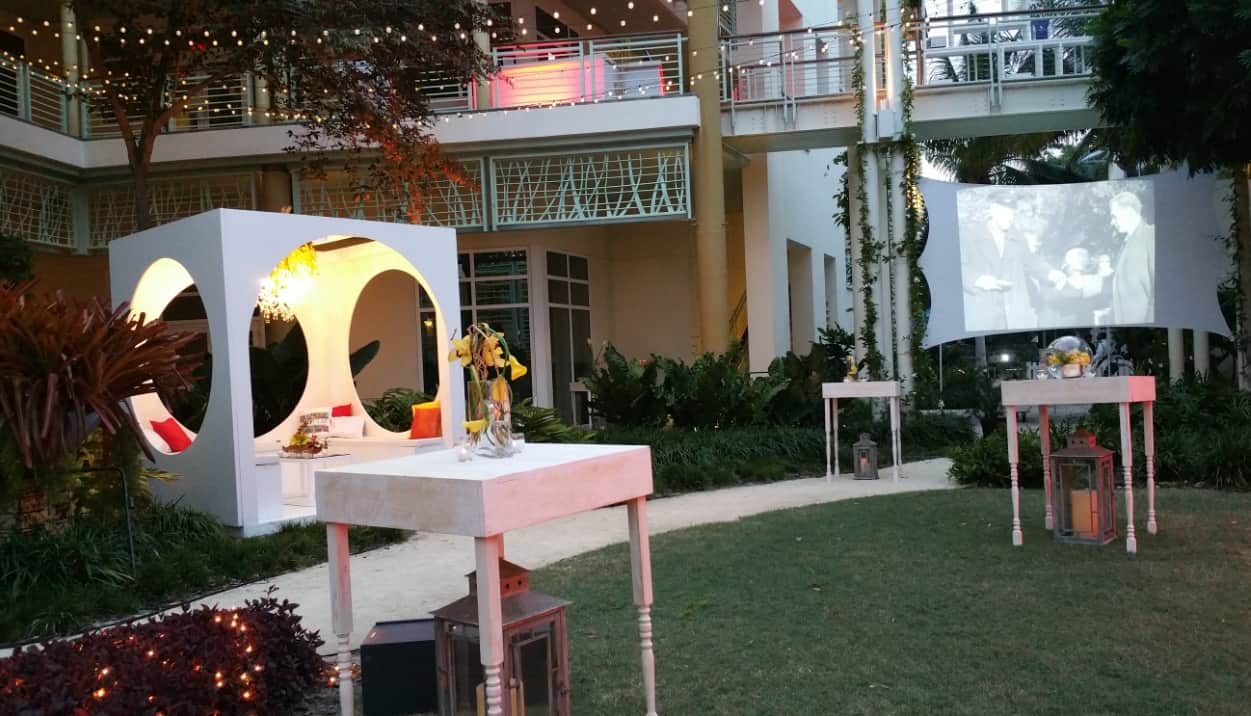 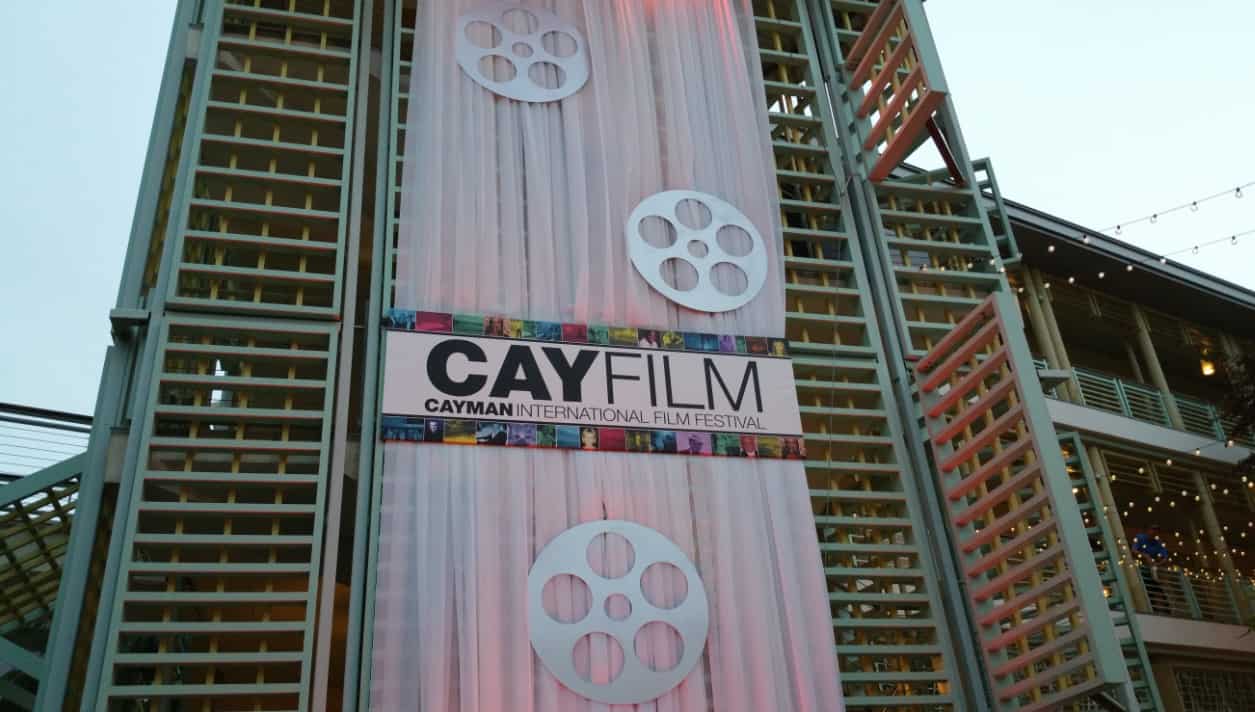 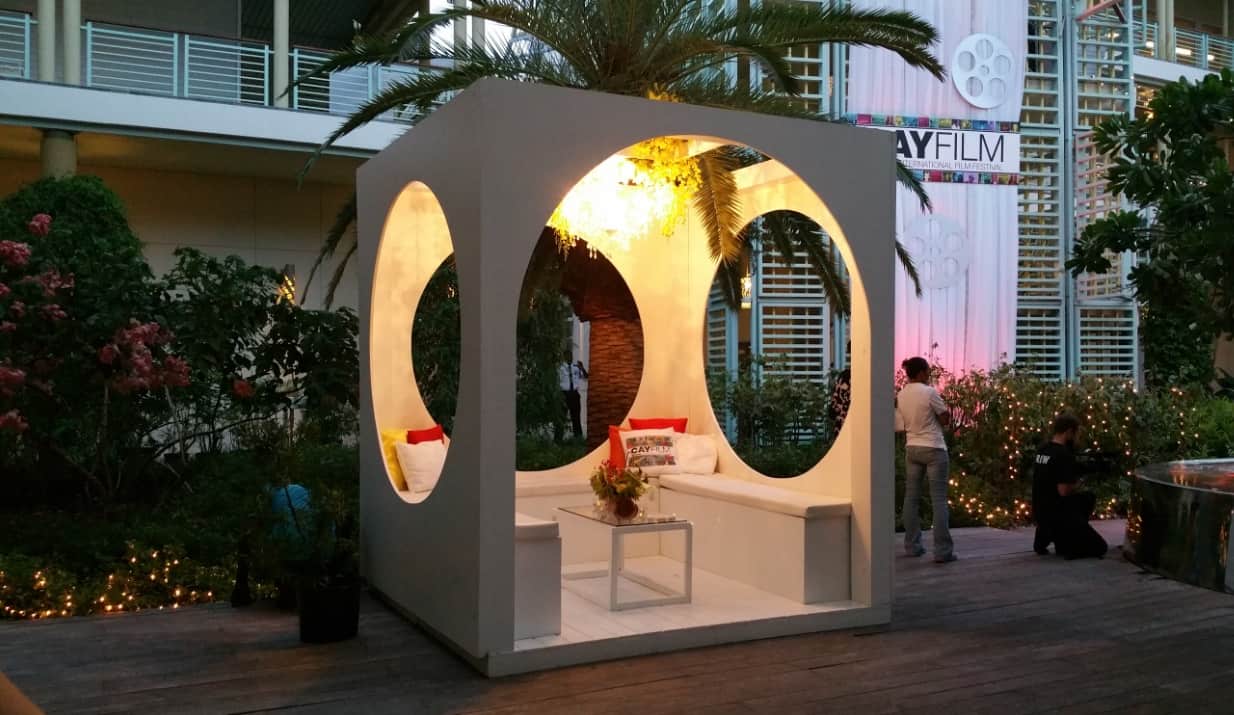 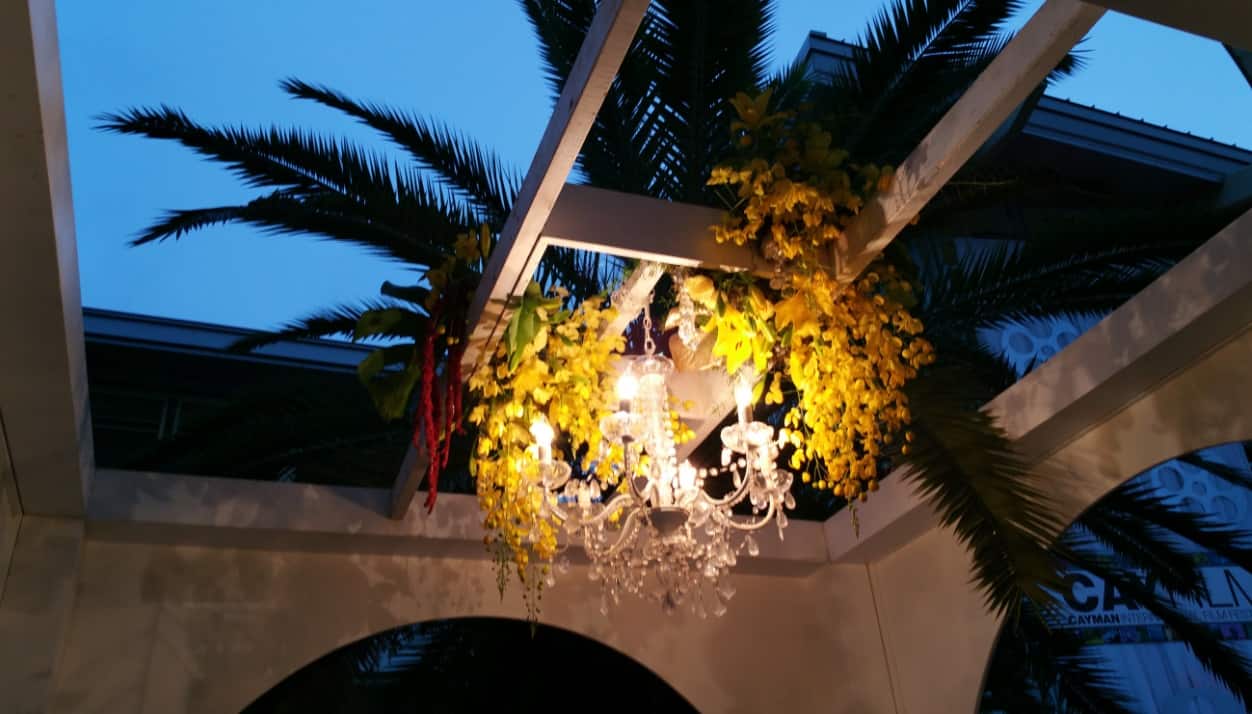 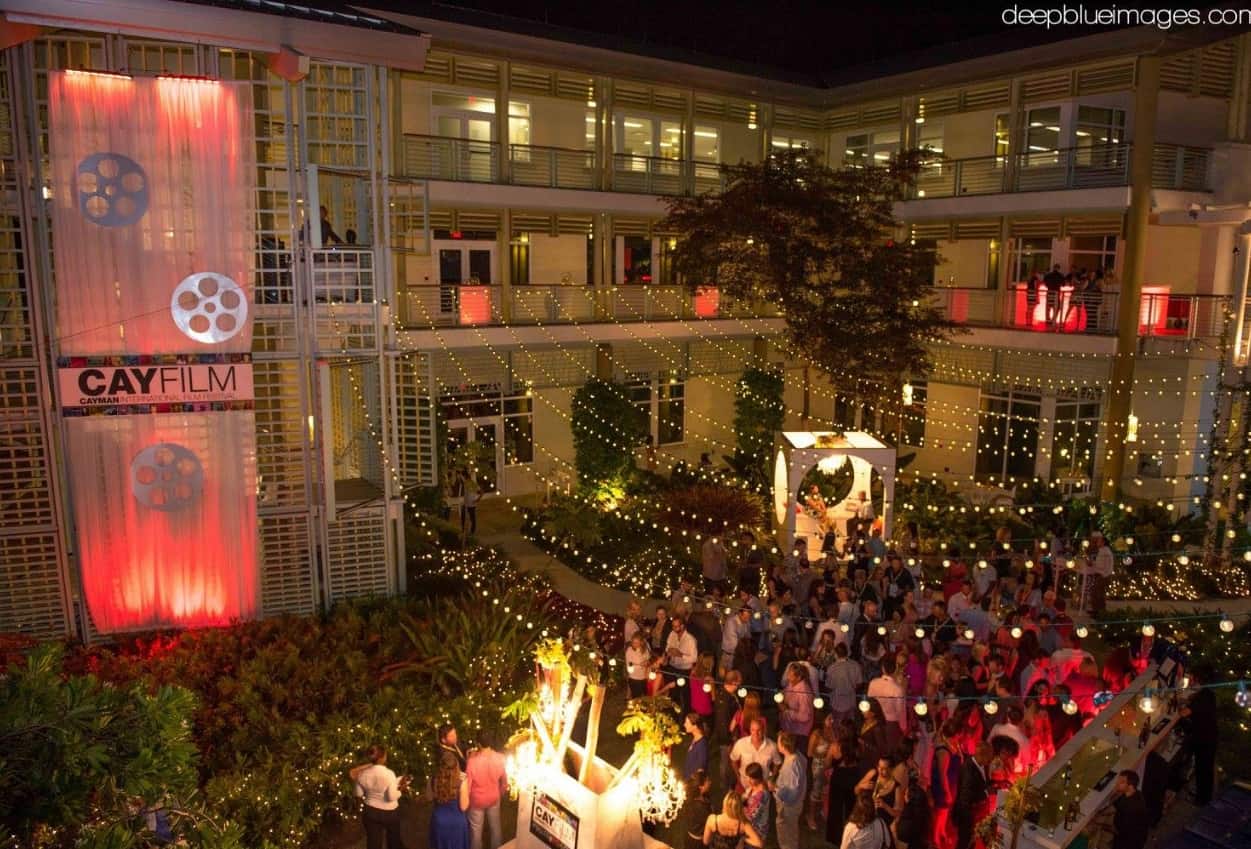 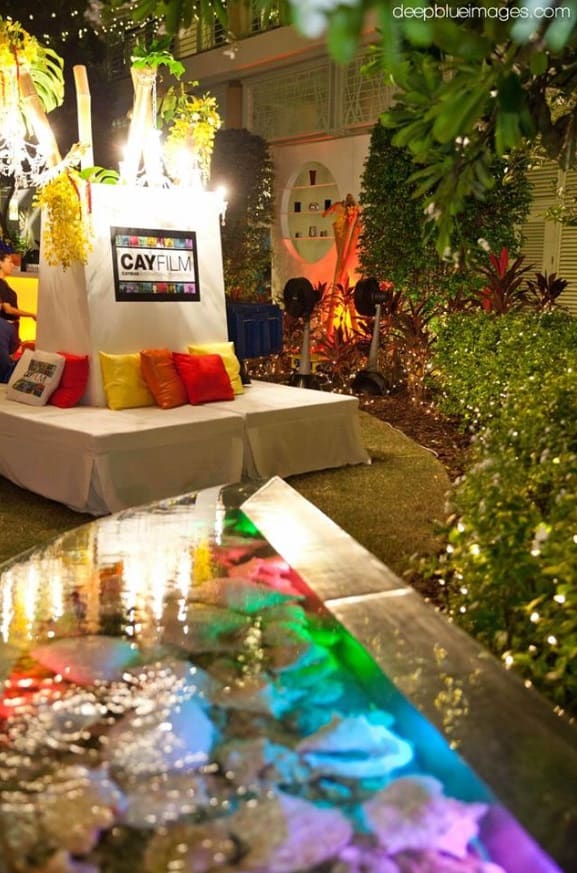 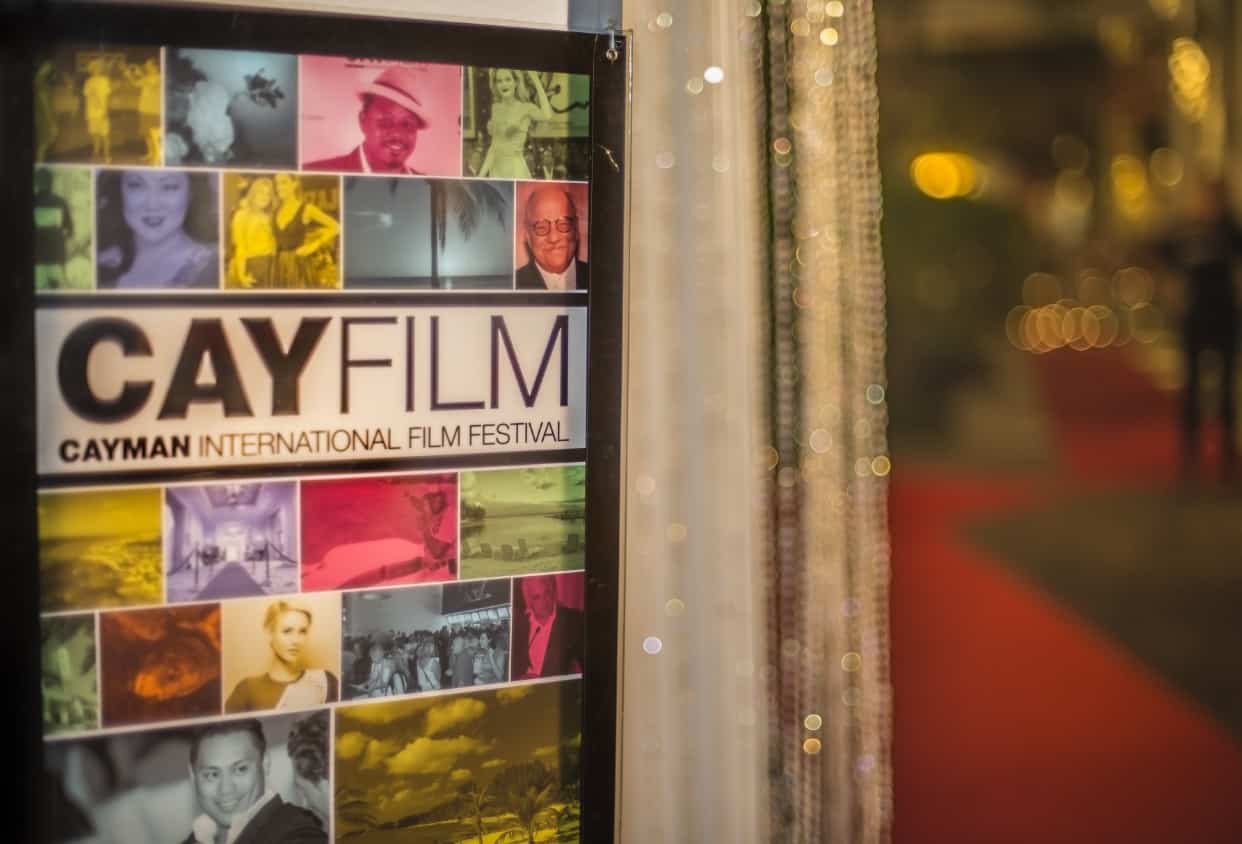 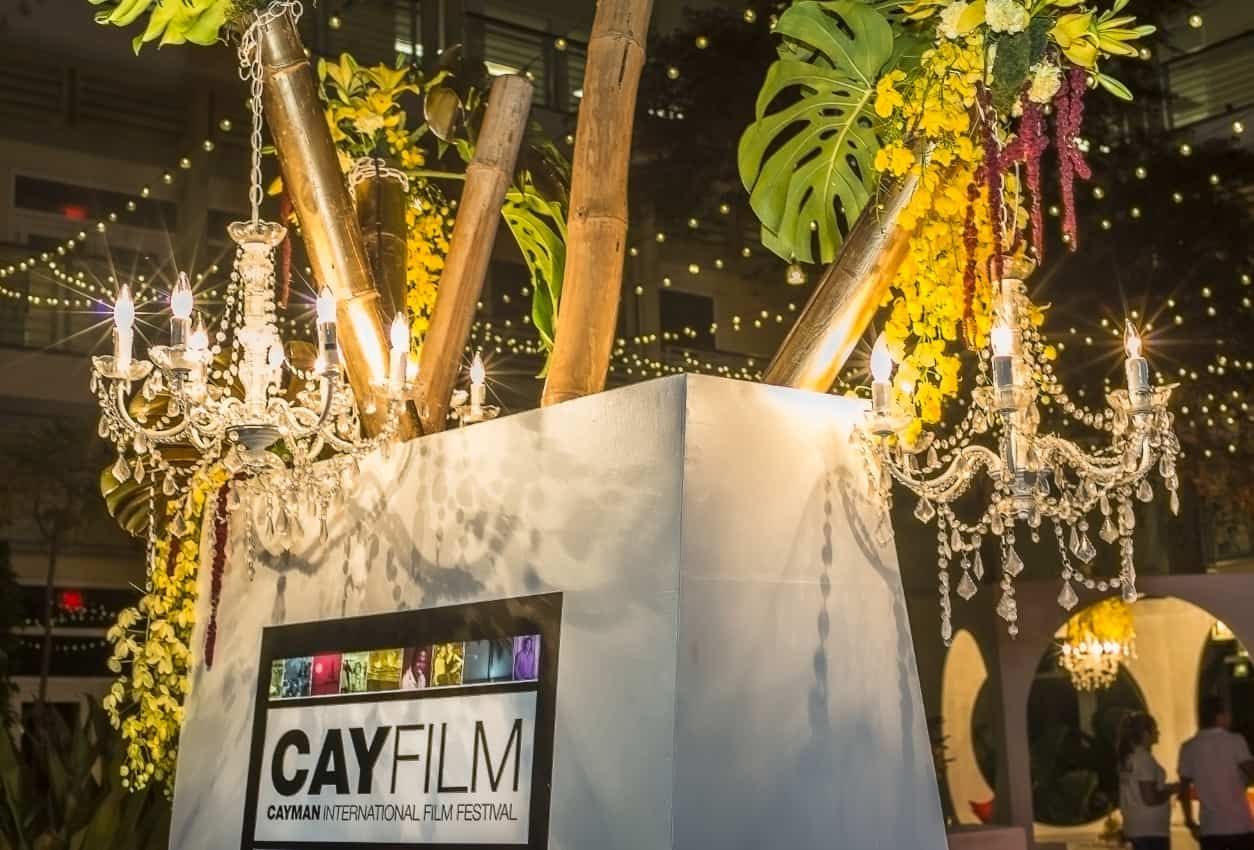 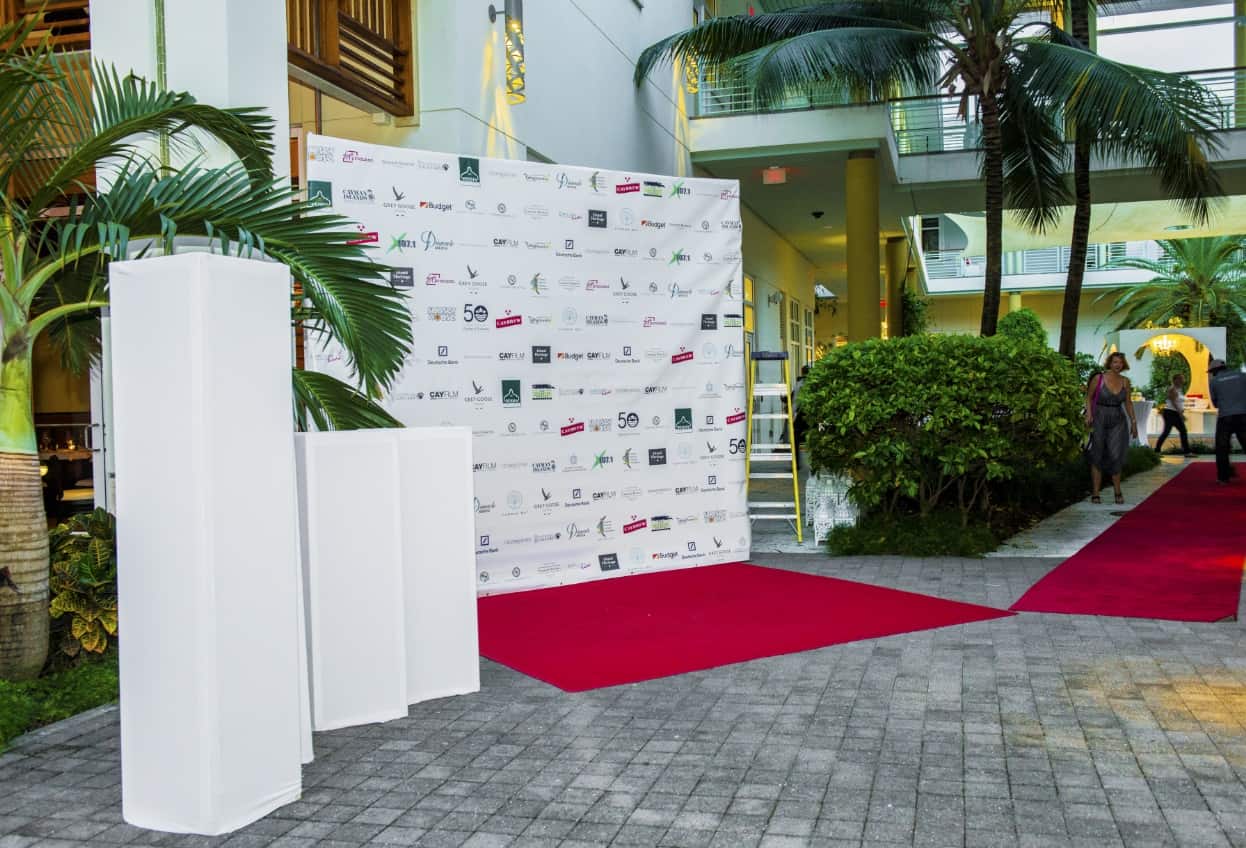 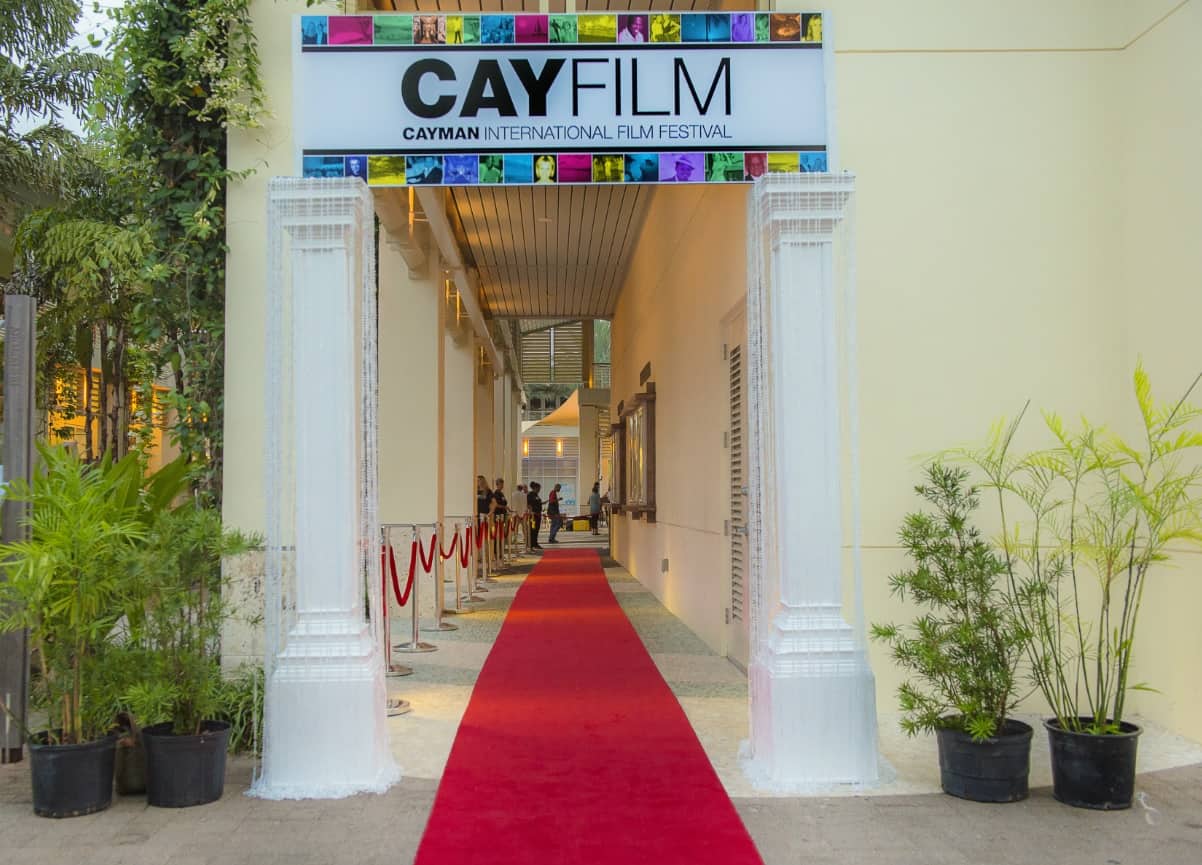 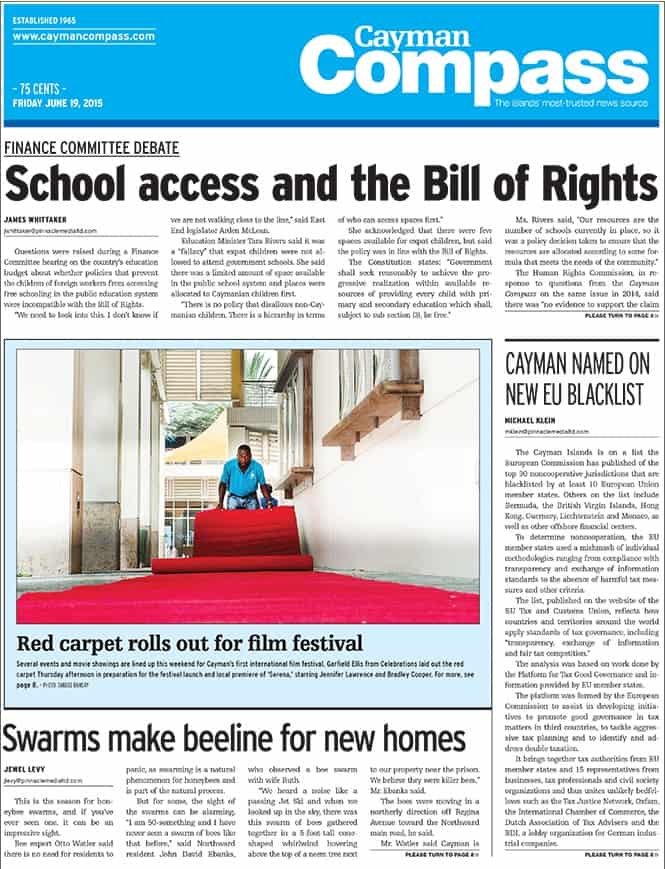